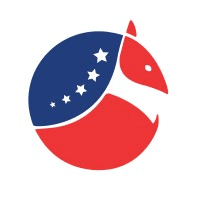 As new markets continue to open up across the USA because of states relaxing their online gambling laws, it is no surprise that a number of US-focused game developers would emerge hoping to get a piece of the pie. Armadillo Studios is one such company that makes no secret of the fact that it has the growing US markets firmly in its sights.

Although the firm was established at the backend of 2021, it has already developed two video slots with another set for release in April 2022. Armadillo Studios also claims that there will be plenty more to look forward to in the coming months and years. Much of the company’s impressive start in the industry comes down to the partnerships and contacts it has made throughout its young life. This is a firm that is heavily backed by EveryMatrix, an industry-leading aggregation platform in the iGaming industry.

The firm’s website does not list any information regarding licensing just yet, but that is probably because it has not yet received any. That said, we firmly believe it will gain the necessary licensing to enable it to enter US markets such as Michigan, New Jersey, and Pennsylvania in due course. Licensing from other markets, including the MGA and UKGC, will no doubt follow as Armadillo Studios gets the brand and market exposure it needs to continue its growth within the competitive iGaming industry.

As mentioned, Armadillo Studios is still a very young company but one with a very bright future if it manages to infiltrate key US markets. To date, the studio has developed two video slots and is close to releasing a third.

Those video slots are:

The first slot released to kick off the portfolio of games offered by Armadillo Studios is the aptly named 15 Armadillos, which launched on the 20th of January in 2022. Rather than playing it safe with a payline slot, the studio decided to go big with its first title by making it a 243 ways-to-win slot.

In order to cater to the tastes of the American player base the firm plans to target, this highly volatile video slot carries an American theme based on the everglades of Florida. Aside from a unique theme, this slot offers plenty of lucrative bonus features. As you spin the reels, you can look forward to wild respins, multipliers, locked symbols, and five different free spins rounds. As for the top prize, this is 10,000x your stake if you manage to land 15 Armadillo symbols!

Just under a month after the release of its first title, Armadillo Studios announced the release of Queen of Egypt: Exotic Wilds. Launched on the 18th of February, this title also uses the 243 Ways-to-Win mechanics that worked so well in 15 Armadillos. This time, the slot has an Egyptian theme, a theme that is among the most popular at online casinos.

As for the features on this high variance video slot, there’s the Exotic Wilds mechanic that delivers multipliers of up to 7x whenever you land the Cleopatra expanding wilds. Plus, this slot even lets you choose your volatility when you trigger the free spins feature. You can opt to stick with a standard high variance by utilizing Exotic Wilds, go for more variance via multipliers that increase the more you land, or go extreme with expanding wilds!

Although not yet released, Armadillo Studios offers a demo version of this title. This enabled us to take a look at this exciting slot due for release on the 27th of April. This time the firm has created a 25-payline video slot themed on the old wild west. You get to follow Armadillo, the firm’s logo and character, as he struggles to survive in the Wild West. Again offering high variance slot action, this title offers lucrative payouts via bonus features, including free spins, wild reels, random wilds, multipliers, free spins, and a whole heap more!

It is always interesting to keep an eye on new studios when they enter the iGaming industry, but that interest has us peaked even further because of the backing this brand has from EveryMatrix. While it has a strong interest in US markets, we’re sure that Armadillo Studios will also want to focus on other major iGaming markets as it continues to grow.

Judging from the video slots released so far, it is clear to see the development company is full of experienced and talented individuals. For that reason, it is difficult to suggest anything but a bright future for this up and coming iGaming game development studio.