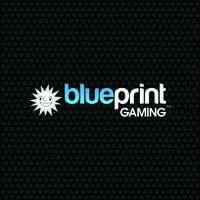 BluePrint Gaming is a UK-based software development company that primarily works at providing enjoyable online slots for a vast range of online casinos. Originally, BluePrint started out with the development and manufacture of physical slot machines and arcade machines that would be found in bars, clubs, and casinos.

The emergence of the internet and the birth of online gambling meant that BluePrint would not be ignoring it for long and they are now one of the most commonly seen developers online. In fact, their games are currently enjoyed at more than 200 different online casinos.

In 2008. 50% of BluePrint Gaming was acquired by the hugely experienced Gauselmann Group. With more than 60-years experience in the gaming and gambling industry in Germany and Worldwide, this was a partnership that would allow BluePrint to push on quickly from where they were.

Wish Upon a Jackpot

With a vast selection of games and with a good number of new releases each and every year, it would be fair to say that BluePrint Gaming is among the most prolific in the industry right now. Almost all of their games are slots and over the years they have developed some incredibly popular slots, especially in recent years.

BluePrint Gaming has made numerous partnerships over the years which has led to them being given the rights to produce a large number of branded slots. Thundercats: Reels of Thundera, Beavis and Butthead, The Goonies, Spinal Tap, Andy Capp, and Austin Powersis just a small selection of those branded slots but the most popular and successful would easily be Worms Reloaded and Ted.

Ted is a 5-reel, 20 pay line slot that is themed around the brilliant movie of the same name. The talking teddy bear and you have a bundle of fun as you go about your business of trying to pull in some big wins. There are five bonus features in total which just adds to the slots appeal with the free spins round probably just edging it in lucrativeness.

Another partnership just last year has also led to them releasing a large number of increasingly popular slots. It is their partnership with Big Time Gaming which gave them a license to use the Megaways game engine which has seen them increase their output of releases even more in the last year.

Gods of Olympus Megaways, Return of Kong Megaways, Fishin’ Frenzy Megaways, Legacy of Ra Megaways, and Diamond Mine Megawaysare just some of the popular titles that they have released using this engine in recent times.The Megaways engine randomizes the reel format so that you never know from spin to spin just how many ways you will have to win.

They have also spent a big chunk of their time and expertise on producing some well-known and highly lucrative progressive jackpot slots. With jackpots that can grow into the millions, their progressive jackpot catalog includes popular titles such as Cleopatra’s Gold, Genie’s Jackpot, and The Pig Wizard.

Cleopatra’s Gold, in particular, has captured the imagination of many at the online casinos. It has 5-reels and 20-paylines, an RTP of 95%, and features such as wilds, scatters, and free spins. It is the progressive jackpot that most are interested in though and depending on the casino, this can grow into the hundreds of thousands.

There is no doubt that BluePrint Gaming is not quite up there with some of the big guns like NetEnt and Playtech but we would argue that they are certainly in the chasing pack just behind. Their slots have always oozed quality and their branded titles have always been a joy to play.

Another impressive aspect of BluePrint Gaming is how prolific they are and their ability to develop a wide range of slot games. From classic slots right up to modern video slots, progressive jackpot slots, and high-production branded slots, your choice is endless.

It will be interesting to see what is to come from BluePrint Gaming in the coming years as it has to be said that this last couple of years has been massive for them. Their partnership with Big Time Gaming and subsequent use of their Megaways game engine has seen them churn out successful slot after successful slot.