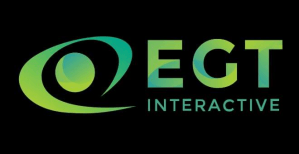 EGT Interactive is an iGaming development company that develops and produces online casino games including video slots, table games, and video poker. Although the company was first established in 2016 to focus on the development of online casino games, EGT Interactive is actually the subsidiary of Euro Games Technology (EGT) which began life in 2002.

Euro Games Technology develops land-based casino solutions such as games, cabinets, and VLT and CMS systems. EGT Interactive, on the other hand, is the online arm of the company. Tasked with converting many of Euro Games Technology popular land-based games into online adaptations and developing new titles, EGT Interactive has been busy ever since the firm’s inception.

EGT Interactive makes use of the latest technologies to create high-quality video slots, table games, video poker and Keno. With 400+ live operators in more than 20 jurisdictions, EGT's players enjoy nearly 200 online casino games while their partners rely on constant innovations and top-notch 24/7 support. Players enjoy the quality of the games' animation, the smooth and intuitive user experience during gameplay, and the thrill of playing classic casino games. New slots are released every month and they all guarantee an excellent mobile experience.

The company has gained numerous licenses which allow the firm to offer online casino games to players in over 85 different countries. The most prominent license is the one issued by the Malta Gaming Authority which allows them to serve European-based players. Additionally, the company has licenses in Columbia, Belgium, Estonia, and Italy.

Making use of Flash and HTML5, most of the games in the EGT Interactive portfolio are compatible with both mobile and desktop devices. Many have also been optimised to work in numerous currencies including most major fiat currencies and cryptocurrencies. Furthermore, the company has developed popular bonus features such as ‘Egypt Quest’ which is implemented in 6 titles to date.

A large portion of the video slots developed by EGT Interactive was adapted from their land-based catalogue of games. Many of these offer a classic slot theme but with unique twists. Pay lines featured range from 1 to 100 which showcases the variety that EGT Interactive likes to deliver.

EGT Interactive also has 5 new games in the pipeline. All video slots, Blue Oceans, Orient Story, 30 Summer Bliss, Tirol Forest, Extreme Dice, and Froggy Dice are in the development stage but should be released shortly.

EGT Interactive has also developed a small number of virtual RNG table games over the years. Right now, there are four table games to choose from, three of which are roulette variations. These are the software-based table games and not live dealer games, an area that EGT Interactive is yet to venture into.

Another area that EGT Interactive has dabbled in is video poker games. Thus far, the company has released just three titles, but these are of a high standard both in terms of graphics and gameplay.

EGT Interactive has been a big name in the gambling industry since 2002 but it is only in the past five years that the company has started to focus on developing games for online players and casinos. Not many firms have the experience that EGT Interactive has, and that bodes well for them in the future. It also bodes well for us, the players, as we can expect more good things to come as EGT Interactive continues to develop top quality online casino games.

There is a lot more to come from EGT Interactive and while they are a big name thanks to the creation of land-based casino games, they have a way to go to be on the same level as the likes of NetEnt, Microgaming, and Playtech in the iGaming industry.