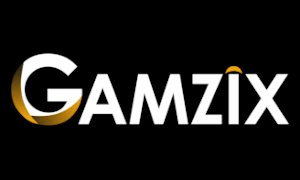 The company develops all titles in the Gamzix catalogue using modern techniques and technologies, to feature a unique approach, and to be accessible for all mobile and desktop devices.

Based in Estonia, Gamzix was founded in 2020 and this forward-thinking company quickly created its game engine within five months. After just a year in operation Gamzix developed 12 video slots showing that despite being a young and small team of developers, that they could keep pace with many leading iGaming software providers.

In a brief space of time, Gamzix has also worked hard to develop partnerships with other leading brands such as The Ear, Exinitio, and various online casinos such as Mr Slotty and Parimatch. Currently, their games target several eastern European markets and the Asian market and the company aims to move into major European markets in the near future.

As for licensing, the team led by CEO Alex Kosogov has been working hard to gain licensing from leading regulatory authorities. As of now, Gamzik has licensing from the Government of Curacao, Italy, Romania, and British Columbia. This is an area they no doubt plan on improving with the ultimate goal of acquiring licensing from major authorities such as the UK Gambling Commission and the Malta Gaming Authority.

Another positive is the seal of approval given to Gamzix by a leading iGaming testing company. All of their games are RNG certified by iTech Labs, an independent third-party algorithm testing authority whose results are accepted by regulatory authorities around the world.

Gamzix has been prolific since establishing themselves, creating 12 entertaining video slots that feature a wide range of features, themes, reel formats, and game mechanics. Primarily 5-reel affairs, the slots at Gamzix utilise pay line structures ranging from as low as 5 and as many as 100.

As for the bonus features the team has implemented into their games includes Free spins, stacked symbols, expanding wilds, sticky wilds, re-spins, stacked wilds, win multipliers, gamble features, and progressive jackpots. Implementing those jackpots, in particular, is a positive statement from Gamzix. Most developers would stick to the basics in their early days but Gamzix has dived straight in to provide players with lucrative progressive jackpots from the get-go.

All games support dozens of currencies and are available in the English, Spanish, Italian, Russian, and Romanian languages. Gamzix slot games are also configured to work with several cryptocurrencies too. Their games optimised to work with Bitcoin, Doge, Ethereum, and Litecoin will help the company to appeal to the influx of Bitcoin casinos that have come into the market.

The full list of video slots developed by Gamzix is as follows:

The Lion is the latest release from Gamzix and has the ingredients to become their best video slot to date. Featuring 20-pay lines, this slot carries an RTP of 96.5% and has features such as the ability to directly buy the free spins round. Good graphics and a cute theme will also certainly appeal to many.

Many of their early titles are classic fruit themes with unique features. Really Hot, 40 Chilli Fruits, and Go Wild are good examples of this. Each offered great graphics and animations, a gamble feature, and a variety of bonus features including expanding wilds, win multipliers, and re-spins.

Another impressive title from the Gamzix portfolio is Hotlife. Obviously influenced by the Grand Theft Auto video game franchise, this slot features game-style graphics and numerous features such as sudden wilds, sticky wilds, and stacked symbols. Players will also appreciate 50 pay lines and a fantastic soundtrack.

Despite being a young iGaming company, Gamzix has made serious strides forwards in such a short space of time. A dozen slot games which all offer something different already found at numerous online casinos around the world and positive partnerships with equally ambitious iGaming brands all completed within a year, which is a remarkable feat.

Furthermore, Gamzix has a clean reputation and has publicly stated its desire to break into other regulated markets in the coming years. It will be interesting to follow the Gamzix journey to see where they end up but for now, it has been a promising start made by a promising iGaming company.