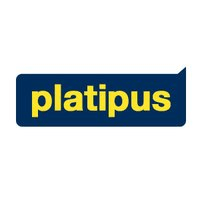 Platipus has been developing real money online casino games since 2010. When the firm began, the founders understood that they were entering an already competitive iGaming marketplace but decided they were not going to let the competition deter their path to success.

Instead, Platipus decided to develop “the most eye-catching, fun, mind-boggling casino games in the industry.” Fast forward to today, and you will find 52+ real money HTML5 desktop and mobile casino games comprised of 47+ video slots and 5+ table games already available in major online casinos in 14 different languages, and every month this number increases.

It is fair to say that Platipus has grown significantly since its inception and is now a much-coveted software provider always looking for new ways to expand its global reach. The firm has formed numerous partnerships with casino operators and other software developers such as SoftSwiss, Klas Gaming, Vivo Gaming, and Ezugi.

Meanwhile, Platipus has plans underway to expand its operations. This includes increasing the brand’s presence in Asia as well as other markets where online casino games are not as widely distributed. Therefore, in preparing to meet its Asian market objectives, Platipus has already begun to incorporate Asian themes into their new slot title releases.

Read on to find out more about Platipus’s epic selection of HTML5 online casino games!

Platipus Gaming focuses heavily on the player experience and as such all games designed using HTML5 technology. This tech ensures graphics are sharp, crisp, and load quickly on desktops, laptops, smartphones, tablets, as well as other mobile devices that use casino apps or web browsers to access its games.

Every month Platipus releases a brand-new game into its catalogue of already top of the line casino gaming catalogue. Furthermore, if you are looking for a trustworthy software developer then Platipus ticks all the right boxes.

Platipus games are independently tested by iTechlabs, an independent testing organization with ISO/IEC 17025 certification. As such, you can be sure that their Random Number Generator (RNG) software is fair and accurate. This certificate certifies its games in the jurisdictions including the UK, Italy, AGCC, Denmark, IOM, Malta, Gibraltar, Sweden, and Romania.

In all, there are more than 47 HTML5 desktop and mobile video slot titles available from Platipus, and this figure will continue to increase as the firm meets its agenda to roll out new slot games monthly.

The slots gaming catalogue covers a wide range of themes and genres with numerous exciting features, high return to player (RTP), high-quality sounds, graphics, and animations designed to create an engaging gameplay experience. Also, RTPs for all lot games is 95% - 0.3%.

The largest prize you can win is 25,000 line bets, it is a Grand Jackpot available on some Platipus titles such as Pirate’s Map or Wild Spins (released in August 2020) while the largest win will be 50,000 via the Dynasty Warriors slot title to be released in October-November 2020.

The most popular Platipus slot titles globally to date are:

In line with the firm’s rollout to conquer the Asian market, several Asian slot titles are also available from Platipus:

Platipus offers three versions of baccarat which will do well in the Asian markets as this is one of the most popular casino card games played in Asia; especially in the casino paradise of Macau.

The Baccarat VIP table is for high rollers looking to place large bets per hand. However, both the ‘Mini Baccarat’ and ‘Baccarat Pro’ tables use traditional Baccarat rules such as ‘Tie’ bets pay 8-1, a 5% commission is applied to banker bets, so this pays 0.95-1, and successful ‘Player’ bets pay even odds.

Return to Player (RTP) on all 3 tables:

Table games from Platipus also expand into the blackjack scene. There are currently 2 blackjack tables available, both of which have the same RTP of 99.58%.

Both tables use 6 decks of cards, the dealer must stand on hard 17, you can split pairs and aces, double down on any value, and double down after splits.

Payouts are the same are both tables:

Both of these blackjack games offer some of the most flexible rules you will find on any online blackjack tables and are perfect for those that want to play basic strategy.

Currently, there are 2 roulette tables on the Platipus website, but they are still not ready for release. Platipus expects both these games to be released in the winter of 2020.

European Roulette is described as a table that will allow you to make a small wager so you do not have to worry about breaking the bank. As this is European Roulette there will only be 1 zero.

American Roulette is described as “a faster version of European roulette characterized by the addition of a double zero on the table”.

Platipus is yet another example of how a newcomer can break into an already competitive online casino industry.

The firm’s vision to produce a diverse selection of highly engaging mobile and desktop HTML5 slots and table games has clearly paid off. Games are available in 14 languages, RNGs have been certified by iTech Labs across multiple jurisdictions, and each game has a high RTP.

As a software provider, this firm has quickly developed a solid reputation for its high-quality game production and as a result of its hard work and determination, Platipus games are being rolled out across numerous well-known online casinos globally. This includes well-known casino brands such as mBit Casino, Showlion Casino, Fastplay Casino, 7Bit Casino, and BitStarz.

Already Platipus has 54 real money games which include an excellent choice of slot titles with different themes, jackpots, and features. Also, its Baccarat and Blackjack games are already very impressive so we are looking forward to seeing more table games from this provider.

One thing is for sure, the number of games coming out of the Platipus gaming software development studios will expand as Platipus plans to release at least 1 new casino game every month. At the same time, the company is in no hurry to rush things and prefers to focus on quality rather than quantity.