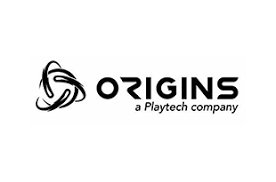 Playtech is one of the leading online game developers in the world and since 1999 they have delivered hundreds of games to millions of players around the world. There is no denying the power and influence that they have within the iGaming business, however, what a lot of people don’t know is that the company has several side-projects that all fall under the Playtech umbrella.

Playtech Origins is one of those projects and they are definitely one of the most successful to date. If you’re a keen slots player then you’ve more than likely played an Origins game, why? The Playtech Origins studio was given the contract to create some of the biggest branded slots we’ve seen over the last 15-20 years.

Mega-hit slot games such as Batman and Superman were both designed in-house at the Origins studio, as well as the hugely popular Age of the God series and Buffalo Blitz slot games. The Origins development team can put their name to an impressive list of games that contains some of the very best slots to have ever been played online, so we’re talking about a huge player in the casino software industry here. It’s just that not many people are aware of who they are because many reviews and conversations tend to summarise the Playtech brand as one group, but as we’ve found out, there is a lot more underneath the surface at this gaming giant and the Origins studio sits at the very center of it.

The Origins studio and development team have a lot of experience when it comes to designing award-winning games, with collaborations with huge brands like DC Comics and world-famous games like White King and Jackpot Giant. It’s these types of slots that online casinos want to offer in their game lobby and that’s why Playtech has become such an influential gaming content leader. The games they create are always in high demand and all of the best online casinos are queuing up to stock them.

Playtech is a leader and so this requires a constant stream of the very best games and features. You know that when you’re opening up a Playtech slot game, from the Origins studio or any other studio under their wing, you’re going to experience the latest iGaming experience with top graphics and entertaining gameplay coming as standard. It’s tough to keep up with this level of quality year in year out but this is what they must do to remain at the top.

It’s not just the big brand names that attract players and casinos but also the in-game features and animations. Having the right connections and business deals in place results in the team being able to use official graphics and sequences straight from the movies. The famous Batman and Superman logos are easily distinguished in the gaming lobbies but when you actually open up and play the game, all of your memories from the movies come rushing back to you. It’s this familiarity that enables the Playtech slots to become so popular, that and the fact that they have some of the best game artists and developers working for them!

The Origins studio provide the Playtech brand with the hit titles that keep them recognised as an iGaming content leader, so there is a lot of importance upon their shoulders. Tasked with fulfilling the Playtech dream of combining DC Comic characters and slot machines, the studio delivered a set of world-class games. This paved the way for more hit series and one-off titles being designed, and we can see that the Origins team are the clear go-to studio for when Playtech require their next bundle of premium slot titles. Although the Origins team sit under the Playtech brand, they have been recognized at various award ceremonies throughout the years.

It’s very much deserved and we can imagine there will be more awards to come in the near future if their new releases have anything to do with it. The brand new Kingdoms Rise series looks set to continue their exceptional form and recent release, Space Digger, has already proven to be a huge hit with its built-in game modifier feature. Origins is a huge force behind the Playtech brand and they deserve a lot of praise for their slot technology development and innovation