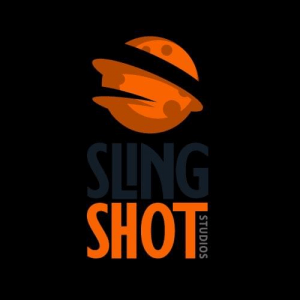 The independent casino game developer from South Africa, Slingshot Studios, has been exclusively working under the wings of Microgaming since 2016. The studio is kept largely hidden away from the limelight and this is obviously to focus on what they do best, and that’s to create slot games with beautiful visuals and deep storylines.

It’s not just a case of creating a few symbol designs and a fancy background, the group of experts that make up the Slingshot design team are intent on creating iGaming content that is fresh and exciting. They want to release games that break the mould of the repetitive slot design that we see released every year, and it looks like Microgaming has a winning team on their side by the looks of Slingshot’s recent efforts.

Generating new and novel ideas seems to be Slingshot’s speciality with which they build upon to create unique and immersive slot games. You can clearly see through the themes and storylines of each one of their releases that there has been a lot of thought and consideration into development and design.

We’ve seen it before with other gaming studios, those who actually care about the games they create tend to produce the popular hit titles, rather than those studios trying to build up the biggest portfolio possible with the same layouts and designs being used each time. It’s quality over quantity these days and Slingshot Studios has the right mindset to make a positive impact on the iGaming landscape.

The Slingshot Studios game collection so far is minimal but as we said before, it’s a case of quality over quantity and each game offers a combination of the Slingshot values that are ingrained in their design process. Quality graphics and animations, entertaining storylines, and plenty of features to keep the cash winnings rolling in. First up, the features.

Wild multipliers and free spins make up the majority of the bonus rounds in the slot games and there is nothing out of the ordinary here, the multipliers do seem to be a little on the small side in comparison to other game studios though. Secondly, as is the demand for mobile gaming these days, all of the games from Slingshot are optimised for mobile devices and those beautifully crafted graphics and animations work smoothly whether on desktop, tablet, or smartphone.

Lastly, and certainly not the least, the games themselves. First out of the Slingshot studio was Cash of Kingdoms, a slot game that brought a new world of graphics and a fitting soundtrack to the Microgaming collection. The game brought along with it a lot of attention with enthusiastic slot fans enjoying the new direction for Microgaming, and so the studio carried on with their next titles. Zombie Hoard was your typical zombie-fest theme with fun and stylish graphics.

Banana Odyssey was next with a wacky theme that gave us monkeys in spacesuits, and again the animations were used to great effect throughout the game and bonus rounds. The most recent release is A Dark Matter and this offers players a completely immersive experience within a Victorian Manor House full of mysterious characters. The slots experience is changing and it’s not just the traditional “spin and win” gameplay that players want nowadays. If A Dark Matter is a sign of what’s to come then players can expect some intriguing and captivating themes coming out of the Slingshot Studios in the near future.

The fact that Slingshot Studios has been able to sign a partnership with Microgaming will secure their progression as a gaming provider for the next few years. As long as they keep producing quality games then Microgaming and their huge fan base will be happy to keep the deal running. The current collection of games all come with that Slingshot signature of detailed graphics and exciting animations, the features are standard but it’s the attention to detail that stands out the most.

For those players who want a bit more than just spin and win, the games coming out of the Slingshot Studios offer just the right mix of storyline and slot gaming action. The only downside that we can find is that some of the total prizes on offer are a bit lacklustre with relatively small top prizes available. If they can spend as much time on the prize options as they do on the visuals then they’ll have a winning combination that will be hard to beat.