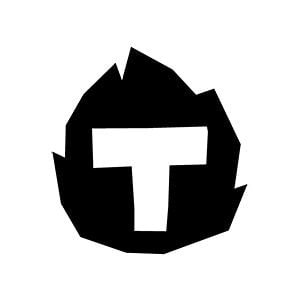 Thunderkick Gaming began in 2012 as a collaboration between experienced software developers, many of whom had previously worked for NetEnt. Their first slot,Esqueleto Explosivo, was released in 2014. The company has consistently cranked out new titles ever since, although at a somewhat slower pace than many other software providers.

They work with a very small team of developers to create a high-end product that operates seamlessly on nearly any mobile device. Because of the attention to detail they provide in their sound and graphics, a new casino slot title can take several months to perfect. Thunderkick prefers not to rush things, and will only release new slots when they are confident that there are absolutely no glitches.

The fact that they release titles somewhat slower than other companies has not hindered Thunderkick’s growth. The company has partnered with more than 100 different online gaming sites, including some of the most reputable ones. You’ll find Thunderkick games available at virtual casinos such as Mr. Green, Bet365, Bet Victor, and Slots Million, to name a few.

Thunderkick’s motto is “We are Thunderkick and we make games.” Their straightforward, non-nonsense approach to doing business is apparent in the quality of their games, which feature crisp 3D graphics and unique, lighthearted themes. In fact, all of the slots offered by Thunderkick have a fun theme as opposed to a more serious one. Some players even refer to their casino games as being somewhat humorous.

The company holds licenses from the UK Gambling Commission and Malta Gaming Authority. In addition, Thunderkick has also achieved certification in numerous other countries, including:

Thunderkick specializes in online casino slot games, and offers unique features such as wild respins and multipliers that can increase your winnings up to 32x. Their slots have between five and 17 paylines, with the average Return to Player on most games being around 96%. However, some slots will have an RTP as high as 97-98%.

Each slot also contains unique graphics that are in keeping with the theme of the slot. In addition, gamblers are in complete control and may stop the reels from spinning whenever they choose. And unlike many other software providers whose games are often clones of one another, Thunderkick’s slots are vastly different. Accordingly, there is always something unique and different for gamblers to experience, regardless of Thunderkick’s relatively small library.

A few of their most popular casino slot titles include:

Although they have a limited selection of online casino games, Thunderkick Gaming has nonetheless made a name for themselves in the gambling industry. They have managed to do so by providing top-notch products that focus on creating a dynamic player experience. When you wager on one of their games, you will have the benefit of their exceptional sound and graphics along with independent certification. If you are looking for a reputable software company that will provide you with an interesting gambling experience, you’ll want to check out Thunderkick’s selection.