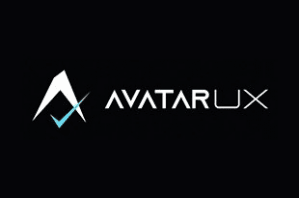 AvatarUX is one of the youngest development companies in the iGaming industry, having launched as recently as 2018. However, the company has enjoyed a rapid rise that has even seen it become an award-winning studio. Some studios will quickly emerge and get recognised, but we have never seen one get so much recognition so quickly.

The firm did not even release its first game until 2019, but since then AvatarUX has quickly become popular with players in some of the biggest online casino markets in the industry. A lot of this is down to its partnership with Yggdrasil. The company was one of the original partners of the Yggdrasil YGS Master’s programme that allows developers to use the GATI aggregation platform. Through this platform, AvatarUX can see its games featured at all online casinos that are partnered with Yggdrasil.

That has allowed AvatarUX to gain valuable market exposure. Combined with the company’s obvious development talents, this has meant that AvatarUX has attracted plenty of fans. The development company has also attracted critical acclaim in the iGaming industry. In 2021, AvatarUX was nominated for three awards at the 2021 CasinoBeats Game Developer Awards. It won one of those awards as it scooped the Game innovation of the Year Award.

Another big reason for the company’s quick rise to prominence was its development of the PopWins™ game mechanic. It was this innovation of this mechanic that allowed the company to scoop that award.

When a player creates a winning combination, it goes pop and expands the reels to contain more symbols and therefore increases the ways-to-win. More symbols appear in the space left behind, which can create further wins. Every subsequent win created from a spin will continue to expand the reels up to the particular slots maximum ways-to-win.

The AvatarUX games portfolio only has 9 titles so far, with 8 of those utilising the excellent PopWins™ reel mechanic. Despite such a small collection of casino games, almost all of them have become a tremendous success at the online casinos.

This development company has struck gold thanks to its innovation, so it bodes well for the future. Rather than churning out cookie-cutter slots, the company has focused on creating something that can change the way slot games are played.

As mentioned, AvatarUX has just 9 titles to its name right now. However, fans will get excited at the prospect of what else the company will develop in the future. It is obvious the company will stick to creating more PopWins slots for the time being, but we would not rule out something new and inventive to come along soon.

The first game released by AvatarUX was Lilith’s Inferno, a 5-reel, 25-payline slot that has medium volatility, a top payout of 2,146x the stake, and an RTP of 96.4%. This slot rose to fame instantly thanks to its fun mythical theme and a fantastic free spins feature that could reward you with up to 50 spins!

8 further titles that utilised the award-winning PopWins mechanic followed. CherryPop is arguably the most popular of these, and this is a 5x3 slot that begins with 486 ways to win. However, thanks to the PopWins mechanic, this can increase to a maximum of 59,049! It also offers a top payout of 56,386x the stake, has a 96.2% RTP, and has a classic fruit theme. The bonus features will also appeal, as it has free spins, multipliers, and a bonus buy feature.

All the other “POP” slots offer something similar. Some will offer more ways to win and some will offer less. However, they will all let you increase your paylines after a win. They will differ via the other bonus features offered and through the theme. Graphically, all titles look fantastic whether you play on a PC or on a mobile device. The company likes to use bright colours, vibrant soundtracks, and entertaining themes.

You can see the full list of excellent AvatarUX video slot titles below:

You have to admire how quickly AvatarUX has made a name for itself. Nobody had heard of this development team a couple of years ago, but thanks to the innovation of its team and the partnership with Yggdrasil, the world has become its oyster. We have been impressed with what we have seen too and have had great fun playing the few slots that the company has developed. It will be interesting to see just how far this development brand can go. We predict it will go right to the top!