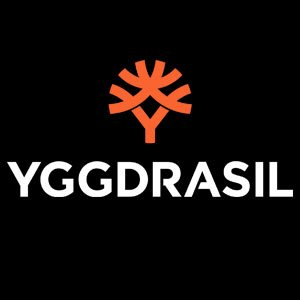 Yggdrasil is one of the newest providers of online casino software, having been established only in 2013. However, the company has made great strides in such a short period, and is now one of the world’s best known and most renowned gaming suppliers. Many experienced players and casino operators regularly list them among the top software providers because of their advanced technology and game features.

YGS achieved success almost immediately, and was granted its first license the same year it launched. In 2016, the company won its first award for its gaming software. In 2018, they won the Innovation in RNG Casino Software award from the B2B Awards and the Innovator of the Year Award from the International Gaming Awards.

They were one of the first software providers to fully implement HTML5 technology to provide an even better player experience. Currently, all of their games use either HTML5 or iSense 2.0. This allows for the best possible sound and graphics with as few hiccups as possible. Players no longer have to have Java or Adobe Flash installed on their devices, meaning they can play with the same ease on a mobile phone, laptop, or tablet.

In 2016, they rolled out their “Brag” social media function, which allows people to upload videos of their wins directly to their own social media accounts. This feature quickly helped spread the word about YGS and the numerous games they offer, and could be one reason why the company has achieved such wide success in such a short amount of time.

Currently, this company offers games in more than 25 different languages, including English, French, Dutch, Italian, and Spanish. Their games may also be played in over 35 different currencies.

The company is committed to responsible gaming, and has put in place measures to ensure the fairness of all their games. They have also implemented policies that are designed to curb gambling among minors and other “vulnerable persons.” YGS adheres to best practices in the industry with regards to integrity and preventing their games from being used for illegal activities.

One way they maintain the integrity of their games is through independent audits. In particular, the company’s Information Security Management System (ISMS) undergoes auditing annually to ensure it remains in compliance with internal and industry policies.

Yggdrasil has also obtained licensing in a number of jurisdictions, including the Malta Gaming Authority, Gibraltar Regulatory Authority, Gibraltar Gambling Commission and others. They strive for transparency in all their games by making it easy for players to know jackpots and remain informed as to the amounts they are betting.

In the beginning, YGS focused primarily on slot games. They have only recently begun to expand into other types of games such as table games, lottery, and bingo. In all, they offer 52 different slot games, many of which come with a very high variance and progressive jackpots. Their slot games are known for their high payouts, and often come with free spins and bonus games as well.

A few of the most popular slot games offered by Yggdrasil include:

Among the Blackjack choices are:

YGS has only a limited number of roulette games available at this writing. However, the company recently announced that they are working on a new portfolio of roulette games to be rolled out in late 2019 or early 2020. These new roulette games would offer greater player experiences such as faster spins and higher wagering amounts of up to 500x.

Players report a mostly positive experience with Yggdrasil, aside from having fewer choices available. As the company continues to expand and put out new games, this is something that likely will not be a problem for long. Look for them to be available in even more online casinos and offer a wider selection of games in the coming years.