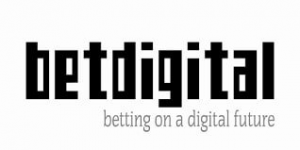 Online Casinos
7 Listed
Email
None given, must use the contact form on their webpage.
Founded
2011

Online Casinos
7 Listed
Email
None given, must use the contact form on their webpage.
Founded
2011

BetDigital was formed in 2011 by developers with more than 50 years of combined experience in creating gaming products. Their current CEO is Heath Samples, who has more than 20 years of experience and previously worked for Sega Japan and Kunick PLC. Although they currently create software for online gaming sites, the company is involved in creating products for land-based casinos as well.

Through their technology known as the Game Rapid Integration and Development or GRID and SystemX, they provide cross-platform capabilities, which makes them very attractive to online casinos. GRID is what allows people to create new games, as it provides the framework for them. Using XML technology, developers are able to produce games rather quickly. SystemXis what allows their games to be played on multiple platforms, including most mobile devices as well as interactive television.

The development of this technology is what has made BetDigital so renowned in the industry in such a short time. It is also what has attracted multiple other software developers to partner with them. Currently, BetDigital has partnerships with several other software developers such as NextGen Gaming, International Game Technology (IGT), Net Entertainment and Evolution Gaming.

Working with partners is primarily what BetDigital does. They claim to have streamlined a process that will allow developers to fast-track their products to market. Rather than taking an average of 16 months as most games do, BetDigital can often assist with getting them out in as little as 12 weeks.

In 2014, the company was issued an operating license from the UK Gambling Commission, and also received a remote gambling software operating license. That same year, they also earned a core service provider associates certificate from the Alderney Gambling Control Commission. Through a partnership they established with Net Entertainment, BetDigital was also able to access the Swedish market for the first time.

Despite having been in business for more than 9 years, the company only offers 9 slot games under their own name. That is because the majority of their games are developed by one of their partners.Their slot games come with 5 reels and at least 10 paylines, plus numerous ways to earn bonuses and free spins. Jackpots are available in many of their games as well. The slot games they offer include:

Little is known about BetDigital as far as game development goes. The company appears to be primarily concerned with its partnerships, allowing others to take advantage of their technology. Among the games they have developed, the graphics appear sharp and crisp and seem to entice players. There are also a decent number of online casinos where you can find their slot games. Since they are known for their seamless integration, it could be worth your time to research online gambling sites where you can play their games.