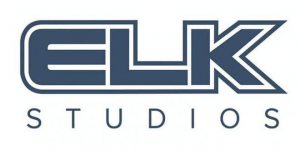 Elk Studios was founded in Sweden in 2013 with a goal to “maximize the experience for players around the world.” They claim to do this through “groundbreaking mathematics” and “astonishing artwork” in all of their games. To accomplish their goals, the companyhas developers and artists work closely with one another to create a superior product.

The company claims to provide casino games that are “delivered with a human touch.” They have been recognized for their efforts with multiple awards. For example, iGaming named them the Best Casino website for two years running in 2016 and 2017. In 2017, their Wild Toro slot won the Game of the Year Award at the EGR Operator Awards.

Currently, Elkgames are available in more than 20 different languages and currencies. Despite having only a few titles, they nonetheless have quite a following. The quality of their online casino games along with their commitment to independent testing has earned the company a stellar reputation. You’ll find their games available at a number of online casinos, including those in strict licensing jurisdictions such as the UK.

Elk Studios released its first slot back in 2014. Known as “The Lab”, it had a science-based theme along that included minerals and elements. This was followed by two of its other classic slots, Electric Sam and Champion’s Goals. More recently, they have introduced new characters such as the Taco Brothers, while continuing to build on some of their earlier titles.

The company still churns out casino games rather slowly, preferring to focus on quality rather than quantity. Although they have a limited selection, their games nonetheless have excellent graphics and operate very smoothly.

While most of their casino slot games are medium variance, they have a few low and high variance games as well. Accordingly, they will appeal to high-stakes gamblers as well as casual gamers. In addition, they offer multiple bonus features and loyalty rewards such as free spins. They are also known for their transparency, and provide clear information as to the rules, features, and Return to Player. A few of their online slot games include:

One thing that makes Elk games different from other mobile casino options is a unique software feature known as Elk Compete. With Elk Compete, players can connect with others and establish challenges such as who can get the most coins on a certain slot. Gamblers can enter multi-player tournaments or even establish their own challenges to keep the games interesting and fun.

Elk Compete gives players control of the game, allowing them to customize a variety of challenges. It’s an advanced tool used to help people remain engaged and achieve a different gambling experience each time they play.

In an industry where rolling out new titles is standard, Elk Studios has chosen to do things a different way. The company focuses on creating slot games that people will be drawn to and talk about rather than saturating the gambling market with new titles. Their strategy seems to have paid off, as players generally give them high accolades. If you are more interested in high quality slots than you are with trying out the latest titles, you’ll want to give Elk Studios a try.