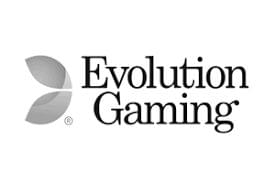 Some gaming software providers dabble in multiple types of games. Evolution Gaming on the other hand is one company that focuses only on live dealer games. This company focuses only on doing only one thing and doing it well. This is apparent in their reviews, as players often remark as to the quality of their live player games and the professionalism of their dealers.

As a relatively new provider, the company was formed only in 2006. Some claim that they have since revolutionized the concept of live gaming. Even so, Evolution has been a pioneer in other areas as well. For example, they were the first to exclusively use only HTML5 technology in their software development.They were also the first provider of their type to receive New Jersey Preliminary Waiver approval. This allowed the company to open its first live casino in the United States in Atlantic City, New Jersey back in 2018.

The company offers native English-speaking dealers as well as dealers in multiple other languages such as Italian, Swedish, Finnish, Norwegian, French, and a few others. They also plan to open a live dealer studio in India in the near future as well.

They are acclaimed in the industry, and have won numerous awards and accolades over the years. Most notably, they won EGR’s Live Casino Software Supplier of the Year award for ten years running between 2010 and 2019.

Evolution Gaming was the first to receive the Software Rising Star of the Year award from EGR, which also happened in 2010. Their immersive roulette game was named EGR’s Game of the Year in 2014, and its Dream Catcher game won the Digital Product of the Year award at the Global Gaming Expo (G2E). They were named “Best in Casino Streaming Live Dealer Provider” at Barcelona’s Live Gaming Summit in 2018, and also won the Multi-Channel Supplier of the Year award at the EGR B2B Awards that same year. In 2019, the American Gambling Awards named them Service Provider of the Year.

Through the company’s software, players can enjoy a wider range of experiences right from the comfort of their own homes. For example, many games offer an interactive chat feature as well as the opportunity to connect with actual land-based players in real time.

With Evolution Gaming, players can enjoy many classic casino games as well as some exclusive options. Some of these games will allow you to make side bets, and users can also play up to four blackjack tables in a single window. A few of their more traditional games include:

Some of their exclusive games include their signature game Dream catcher, which was the first in the “money wheel” category. With Dream catcher, a live dealer spins the wheel and players bet on whatever number they believe it will stop on. Payouts correspond to the numbers on the wheel, so someone who bets on the number ten would win 10x their bet if the wheel lands there.

Monopoly Live is similar to Dreamcatcher, except that there are also Chance, 2 rolls, and 4 roll slots. If the wheel lands on Chance, a Chance card is drawn. When landing on a 2 roll or 4 roll slots, you’ll be taken to a bonus game where you will receive the appropriate number of “rolls” on a Monopoly board.

Deal or no Deal Live

Deal or no Deal Live is a take on the popular game show of the same name. In fact, the company bills this game as “the world’s first 24-hour online live game show.” You’ll first need to go through about a two-minute qualification period, which is used to determine the amount of money in the suitcases. From there, you can place your bet and then begin progressing through the suitcases. This game comes with an expected Return to Player of about 98.42%.

With Football Studio, a live dealer deals a card and players bet on which one they think is higher. Cards are dealt onto a “pitch table”, and individuals state whether they believe there is an away win, home win, or draw. In this game, the live dealer resembles a sports commentator, and provides play-by-play analysis similar to that in an actual football game.

Evolution Gaming is an excellent choice for those who want a live gaming experience at home or on the go. With high quality graphics and numerous interactive features, they provide players with the sensation of actually being in a real casino. However, those who are looking for a wider variety of online games that do not necessarily involve live dealers will find them lacking. At present, the company shows no interest in moving outside its live dealer offerings, meaning they are unlikely to delve into any new markets anytime soon.