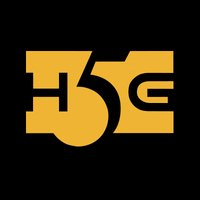 High5 Games develops gambling options for online and land-based casinos, as well as social markets. In all, they offer more than 300 games, which are available in over 50 countries on six continents. In 2012, they were named as Facebook’s Fastest Growing Virtual Casino, and continue to have a large social media presence there.

H5G released its first video slot in 2002, and has been consistently rolling out new titles ever since. Two of the company’s titles, Da Vinci Diamonds and Golden Goddess, have proved wildly popular, and turned High 5 Games a household name among casino software providers.

In addition to releasing titles under their own name, High 5 also develops casino games for other software providers. Most notably they have created Hot Hot Hot for Bally’s land-based casinos, and Pixies of the Forest for IGT’s mobile gaming sites.

The company has won numerous awards, including:

In online forums, some players report that they have purchased coins only to find that they were not properly credited to their account. Others have reported no problems with placing bets, but that their winnings did seem to decline unexpectedly. There have even been issues with some of the games freezing up or failing to load properly. Because of these issues, we here at playcasino.com advise you to use caution when placing wagers on any of High 5’s games. To test how their software performs on your own mobile devices, you may want to give them a test run at one of their social casinos.

Shadow of the Panther

High 5 Games released their 200th casino slot in 2009, and now boast more than 300 titles. Their games operate seamlessly on Apple and Android devices, and many of them also come with free spins. A few of the slot choices you will find at online gaming sites include:

The fact that High 5 Games operates in the state of New Jersey means they also have an active presence at many land-based casinos. A few of the games you’ll find in brick-and-mortar locations include:

You’ll find High 5 games at some of the most reputable online casinos, including Caesar’s Casino.com, Golden Nugget, and Tropicana. They also partner with some of the better known casino software providers to produce their mobile games. That being said, there is a history of player accounts not being credited properly or winnings disappearing. Of those gamblers who did experience an issue, we are not sure whether or not they achieved a resolution. For that reason, playcasino.com recommends double checking a casino’s reputation and wagering only small amounts until you are comfortable with how a site operates.