BACK TO PAYMENT METHODS 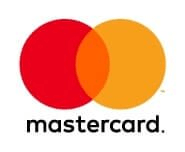 One of the best-known and most widely accepted payment forms is MasterCard. Like numerous other merchants across the globe, many online casinos accept this credit card as a deposit and withdrawal method. What is the process like for using this card for online gambling? Here is an overview.

The company began in 1966, and was first a part of the Interbank Card Association (ICA). The first credit card was known as an Interbank card, andcontained the well-known red and orange circles along with the name of the issuing bank. Later in 1969 it began going by the name “Master Charge”. In 1979, they first started using the name “Master Card”, which has continued ever since.

Although they have been called “Master Card” since 1979, there has nonetheless been a few changes in logo and card design. Immediately following the name change they were known exclusively as “MasterCard”. In 2016, the company began referring to themselves “MasterCard” in all lower-case letters.

There may have been several name and branding changes over the years, but one thing that has remained consistent is their reach. The company has a global presence, as there are more than 875 million MasterCards worldwide. The company also employs more than 13,000 people, and brings in annual revenue of nearly $12.5 billion USD.

To use this payment method, you will need to create an account and log in to an online casino. From there, you can navigate to the cashier area, where you can choose a payment method from a drop-down menu. Some casinos will give you the option for “credit cards”, while others will allow you to choose MasterCard directly.

Make your selection and then enter your credit card information. You will then be prompted to enter an amount. Once you have made your deposit, funds should be available for play in only a few minutes. You can also store your card information, which will allow you to start playing faster the next time you log in.

Using this card has a number of advantages, namely the fact that it is a widely-accepted payment method. As such, you will find that most online casinos accept it. Since most people already have one or more MasterCards, players are often able to use what they already have in their wallet. This means they do not have to sign up for any additional accounts in order to start gambling.

The company takes account security very seriously. Accordingly, there are safeguards in place to prevent hacking or other security breaches. When you gamble using MasterCard, you can feel comfortable knowing your financial information is secure.

Unfortunately, there are some down sides to playing with this card, namely the fees. For example, you could be assessed a cash advance fee of up to 3% on your deposit.

When withdrawing yourwinnings, MasterCard may charge you between 2% and 3% of your transaction. Processing times also vary, with some taking as long as 48 hours before money shows up in your account. Depending on the issuing bank, you may not even be able to withdraw your funds using MasterCard. In particular, US-based players tend to have more difficulty withdrawing funds, even though the card is widely accepted in the United States.

To use MasterCard, you will first need to fill out an application from an issuing bank. If you have a poor credit history, carry too much debt, or do not meet certain income requirements, you might not qualify.

Those using this card at online casinos should always be mindful of their credit limits. Additional fees and/or higher interest rates could be imposed if you exceed your credit limit. U.S. players are protected by the Credit Card Act of 2009, which requires credit card companies to notify consumers when they are about to go over their credit limits. Even so, players in other parts of the world may not have this protection, and therefore might be caught off guard by over-the-limit fees.

Alternatively, those who are at or near their credit limit may want to use a prepaid card instead. A prepaid MasterCard does come with its own fees, which might be worth paying in order to keep from exceeding your credit limit.

If you are looking for an easy payment method, MasterCard could be a great choice. It is widely accepted and well trusted by gaming sites and players from around the world. To get the most from this option, remain mindful of fees and always wager within your limits.