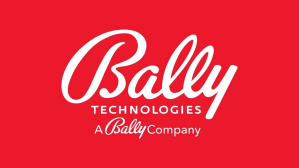 Bally is one company that has been around more than 85 years according to their website. In the beginning, they were known as Bally Manufacturing, and produced slot and pinball machines for land-based casinos. In 1994, they changed their name to Bally Entertainment to reflect their focus on the gaming industry. It wasn’t until 2006 that they first began calling themselves Bally Technologies.

The Bally name has been very well known for years in places such as Las Vegas, the location of their parent company SG Gaming. In fact, the Bally name has continued despite several mergers and acquisitions over the years. The company’s reputation has allowed them to develop numerous branded games over the years, including some of the biggest names in movies and television.

Bally Technologies made history in 2012, where they were the first company licensed as a gaming manufacturer and service provider by the Nevada Gaming Commission. That next year, they collaborated with Amaya Gaming on an online poker site. In 2014, the company was purchased by Scientific Games. Along with Shufflemaster and WMS Games, they are one of three other companies that operate under the SG umbrella.

The company is committed to fairness in all its games. Each one-whether online or land-based-is developed with a Random Number Generator (RNG) to ensure a level playing field for everyone.

Through its land-based and online casino games, Bally Technologies brings in nearly $1 billion USD annually. The company currently has assets of nearly $980 billion USD, and is listed on the New York Stock Exchange (NYSE). Their headquarters are in Enterprise, Nevada, USA, but as part of SG Gaming, Bally has a presence in at least five continents worldwide.

As mentioned, Bally provides a number of themed slots, but has also developed quite a few titles of their own. All of their slot games make use of HTML5 and Flash, which allow you to play on nearly any mobile device. The games are also available in instant play format, so you do not have to download any software. Some will have up to five reels and as many as 40 pay lines.

One thing that sets many Bally slots head and shoulders above the rest is their U-spin technology. On games that have U-Spin available, players can reach out and actually touch the screen in order to “spin” the wheel. This program can even detect the level of force used, and will spin the wheel accordingly. The idea behind U-Spin is to give players the same type of experience they would have when physically spinning a slot machine reel at a land-based casino.

A few original slots from this company include:

Among their branded slots are titles such as:

If you are looking for other ways to gamble online, Bally does offer a few other games. These are high quality games that nonetheless may be limited in scope. Among their other options include:

Bally is one company that has undergone many changes throughout the years, yet still manages to remain a key player in the gambling industry. If you are looking for online games that mimic what you might find in a land-based casino, Bally slots would be a good choice. Likewise, if you like playing themed slots, you’ll also find a nice variety to choose from. Look for games from Bally Technologies at many of the most reputable online gambling sites.