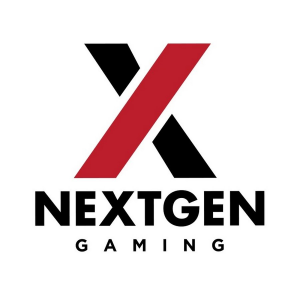 NextGen is one of the oldest and most established providers of online gaming software. In business for more than 20 years, the company has built a solid reputation among players and operators alike. Their slot games are found in the most reputable online casinos around the world, and are even available to many U.S. based players.

In all, more than 1,000 operators across the globe now have access to this company’s games. However, since they only offer slot games, there are no platforms that use them as their primary provider. You will nonetheless find their games on well-trafficked sites such as Leo Vegas, Fruity Casa, and Mr. Green.

Aside from the quality of their games, this software provider also makes it easy for mobile users to play. All of their games are powered by Adobe Flash, and do not require any special downloads. This provides for nearly seamless operation on nearly any computer or mobile device. In fact, their software is often acclaimed as being bug free with very few glitches.

As part of SG Digital, they now belong to one of the biggest cooperatives of online gaming software in the world. Despite these mergers and acquisitions, the company still does business as NextGen because it is a name that many people already know and trust. And although SG Digital does delve into other genres such as sports betting, there is no indication that its NextGen division will develop anything other than slot games in the near future.

The company has more than 350 different games, all of which are slots. In fact, slots are the only thing this software provider has ever created. They do slot games very well, and appear to have no interest into expanding into other forms of casino games. This doesn’t seem to affect their popularity, since most online players seem to prefer slots anyway.

These slot games come with some unique features such as the ability to place wild symbols at any position on the reels. You may also add more bonus choices by using the “select a play” feature or add more levels using the included dynareel option.

A few of this company’s most popular slot games include:

With the Wonder Hounds game, you can collaborate with a pack of canines named Jinse, Winchester, and Ace. Together, they are known as the Wonder Hounds, and will help you unlock up to 15 free games.

With an enticing jungle theme, five reels, and up to 24 paylines, it’s easy for players to get engaged in the game. The colorful symbols include an exploding volcano which indicates a win. An exploding volcano may also light up the entire center reel, thereby rendering it wild for the next five spins.

One reason why their slot games are so highly acclaimed is because all of them are platform independent. This means that all of their games work on any platform regardless of the operating system. The company was among the first in the industry to offer this capability, and considers itself a pioneer in that regard. By being platform independent, NextGen is able to appeal to a wider group of operators and expand their games into even more worldwide markets.

If you are looking for a software provider who does one thing and does it well, NextGen gaming is one you will definitely want to have a look at. They offer a wide variety of slot games that are engaging and entertaining all at the same time. Those who are into slot games will appreciate the quality and variety that this company brings to the table.