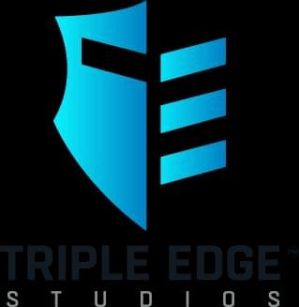 Triple Edge Studios is a new and vibrant independent casino game developer based out of Florida in Deerfield Beach. Arriving on the scene in 2018, Triple Edge instantly became a name worthy of following thanks mainly due to the exclusive deal with Microgaming.

One of a handful of new studios brought under the wings of the UK iGaming giant, Triple Edge instantly made a positive impact on the slots world with two popular games, Playboy Gold and Halloween.

The company is obviously one of the youngest in the industry and so there is not much information on them at the moment, but one thing that we do have is their current game titles and it’s a case of so far, so good. We can see why Microgaming picked them out to work for them and we look forward to the innovative games that are sure to come out of this games studio over the coming years.

The huge positive for Triple Edge is that they have access to the huge player base of Microgaming, so they now have all the motivation in the world to create the very best slots. All it takes is one popular slot amongst this crowd of slot gaming fanatics and their name will be an instant hit across the gaming industry.

Triple Edge Studios are currently offering a total of 12 slot games in their collection and we shouldn’t be expecting too much due to the short time they have been in business. We previously mentioned their first two major titles that came in the form of Playboy Gold and Halloween, two completely different themes but both equally as entertaining in their own right.

Since those initial releases, the studio has carried on the success with the likes of big-name games Lara Croft Temples and Tombs, and Book of Oz. Plus, they have many other entertaining titles such as Zeus, Wicked Tales: Dark Red, Diamond Empire, Bookie of Odds, Action Ops: Snow and Sable, 108 Heroes, and Oink Country Love.

The first thing that struck us was the variety of themes, not one of them is similar to the other. It’s easier to keep this variety up with only a dozen games so the real test will come when they bulk out their collection. It’s not only the themes that are unique, but all the graphics and backgrounds are also designed with a specific theme in mind.

It’s easy for gaming studios to churn out the same slot layouts and tweak the colours and symbols and call it a new release every couple of months, however, it takes a lot more effort to create each game from scratch. It’s that dedication to each game and the uniqueness of each theme that must have attracted the Microgaming scouts to investigate this studio further. We’re glad that they did because these games deserve to be out in the world and Microgaming is the perfect partnership for Triple Edge right now.

It’s still early days for Triple Edge Studios but there is nothing to complain about so far. Being snapped up by Microgaming at such an early stage of their career with so few titles within their portfolio, they must have felt extremely lucky. In our eyes, and those who have already played their games, the partnership seems like the obvious choice. When a gaming studio spends that much time and dedication into each of their projects, the results mostly speak for themselves.

The quality shines through and this is what the Microgaming bosses must have seen very early on, and had they not made their move then one of their competitors would have surely done so. Nowadays, the online casino industry is full of average slot games and many of them are starting to blur into one with the same layouts and graphics being churned out. We’ve come to an age where players are looking for quality over quantity and so we’ll be looking to studios like Triple Edge to provide us with exactly that over the next few years.