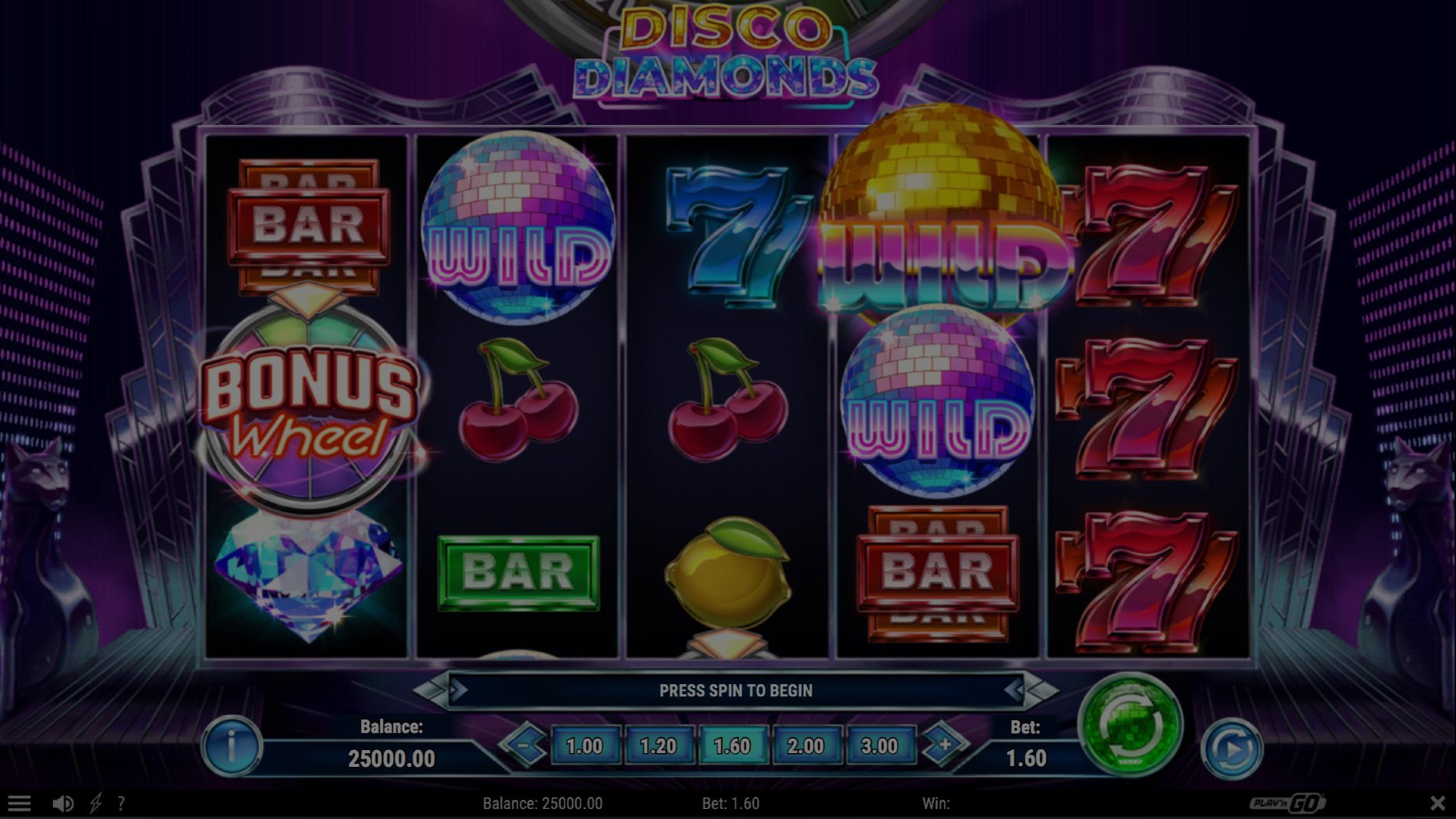 Great-looking, even better sounding, and with some lucrative bonus features, the Disco Diamonds video slot is one that will appeal to many. Free spins, re-spins, win multipliers, stacked symbols, wild symbols, and a bonus wheel can all help you land some mightily impressive wins.

The reels are alive to the sound of music in the Disco Diamonds video slot from Play’n Go. Themed on 80s disco music, classic fruit machine symbols and the disco diamond itself will be music to your ears when they payout.

Bright bold colours and some super smooth graphics and animations will leave a good first impression once the Disco Diamonds video slot has loaded up. HTML5 optimised, this is a slot that was designed with mobile players in mind. A disco themed slot, the soundtrack will not disappoint either - it will have you doing all the classic disco dance moves of the 80s.

The only special symbol is the ‘Bonus Wheel’ scatter symbol and this will trigger the Bonus Wheel feature.

There is a min and max bet per spin of 0.10 and 100.00 respectively on the Disco Diamonds online slot. The RTP is 94.55% and the slot is considered high variance.

Play’n Go rarely disappoint and although not their greatest, the Disco Diamonds online slot is certainly impressive. Pleasing on the eye, this slot game is colourful, well-designed, and looks great on mobile and desktop devices alike. Keep an eye out for the Disco Re-Spins feature as the win multipliers can lead to some huge payouts!