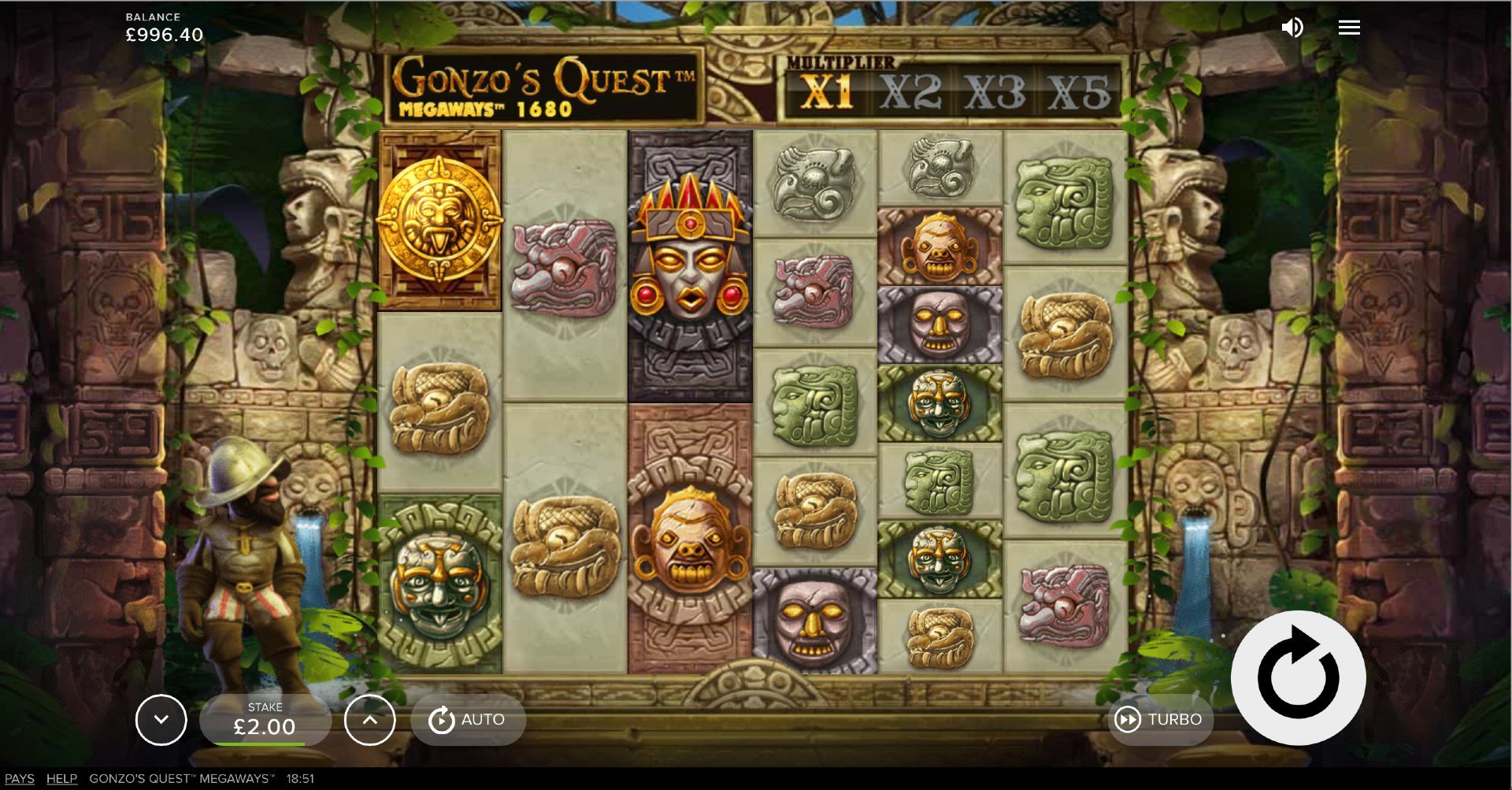 The Gonzo’s Quest Megaways video slot is a visual and gameplay masterpiece! There are 6 reels that fit between 2 and 7 symbols on each and the chance to bring the ‘ways-to-win’ up to 117,649! As you ride the reels of this jungle quest, you’ll brush through Avalanche Multiplier, Earthquake Remove Juniors, Wild Symbols, and Free Spins features!

This is a story of a bearded Spanish explorer on a quest to find El Dorado—a long-lost city that takes you on a jungle exploration where you will stumble across ancient ruins and land gold prizes along the way!

Red Tiger includes an array of 3D graphics and animated effects using high frame-per-second (FPS) technology, making this one of the most graphically complex games you will find in the video slot’s arena. Bright colours excellently executed symbol drops and shape shifting reels, plus a ton of artistic quality delivered with entertaining sound effects are exactly what you can expect whether you play this slot on your mobile device or desktop!

Gonzo’s Quest Megaways is a sequel to NetEnt’s original Gonzo’s Quest. However, rather than 20 pay lines on 5x3 reels, you will be playing on 6 shape shifting reels that randomly roll in between 2 and 7 symbols per reel with each spin.

If you fill all 6 reels with 7 symbols, there are a mega 117,649 ways to win with the possibility of winning 20,000x your bet! The lesser number of symbols per reel on a spin, the lower the ways-to-win will be. You will see an indicator on the slot after every spin telling you the exact amount!

Each time you land a win, all symbols that form the combination explode and new ones replace them, giving you additional chances to notch up further wins, which will also trigger a multiplier feature.

Avalanche Multipliers: When symbols combinations form on the reels, they disappear. New symbols fall into place and your initial avalanche will pay out the standard rate, while consecutive avalanche wins will trigger a multiplier feature.

Unbreakable Wilds: When 2 wilds land inside a winning combination, they will not break off the reels while all regular symbols will disappear as normal. This is similar to the sticky wild feature and increases your chances of hitting high multipliers via the Avalanche Multiplier feature.

Gonzo’s Quest Megaways video slot is one of the most popular video slots online today. The Avalanche feature and multipliers can quickly eradicate a few low or non-winning spins, especially when initiating the multiplier feature after consecutive successful combination wins. And that’s just the base game! You also have free spins, earthquakes, and unbreakable wilds!