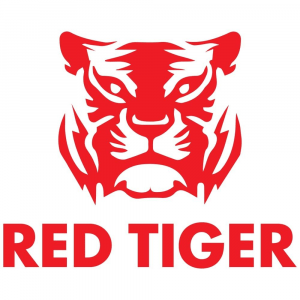 Red Tiger is one of the newest gaming software developers, having been formed only in 2014. However, the fact that they are a relatively new company hasn’t stopped them from making great strides. The company’s founders were already veteran software developers who were familiar with the European and Asian markets. This is one thing that has enabled them to become a leading provider of gaming software in such a little amount of time.

Another factor in their success is the company’s wide range of partnerships. By collaborating with established online casinos such as Betfair, Poker Stars, and Mr. Green, they are able to bring a dynamic gaming experience to a number of players around the world. All of their partners have the advantage of RT’s exceptional back office support, which includes integration into the company’s Remote Gaming Server (RGS) for nearly seamless operation.

One reason they are able to provide high quality games is by having designers, engineers, mathematicians, and other professionals work together on software development. They do this in RT’s fun office in the Isle of Man. This office is designed to create a relaxed atmosphere where individuals are able to let their creative juices flow. One of their core values is to “continuously improve the player experience”, which is something they refer to as “the science of fun.”

Since their inception, Red Tiger has constantly expanded into new markets. One of their latest moves is in Switzerland, a relatively new market for the online gaming community. In anticipation of the market opening to online casinos, RT took the initiative to certify 30 of its games beforehand. That made them ready to launch once the market opened on July 1, 2019. In anticipation of the Switzerland expansion, the company achieved ISO 27001 certification for their online security in November 2018 as well.

You can tell a great deal about a company based on the number and type of awards it has received. During its relatively short history, the company has nonetheless received numerous awards such as:

In February 2018, they were named as “One to Watch” by the Gaming Intelligence Awards (GIA). Gaming Intelligence bills itself as a top source of independent news in the gaming industry, with information they provide being used to assist many regulators and game operators with their decision making.

Jack in a Pot

The majority of games offered by Red Tiger are slots, including most of their new developments. In fact, the company itself claims to “live and breathe slots.” Even so, RT does offer a few table games such as baccarat, blackjack, and roulette. Among their most popular slot games include:

Although the company focuses primarily on slots at the moment, players are nonetheless very impressed with their table games. Players often remark as to the classic appeal of their games as well as their high quality graphics. The blackjack games implement a “no peek” rule for the dealer, which effectively nets players a higher return for blackjack. Their roulette games allow for up to $5,000 to be played on a single number, which is a much higher number than usual. A few of their table games include:

RT has shown what a commitment to quality and innovation can make when it comes to gaming. In a relatively short period of time, the company has gone from a mere startup to one of the most respected software providers in the industry. They continue to crank out new games each year, although at a much slower pace than many of the bigger companies. Look for them to continue providing high quality, fun casino games in the near future.