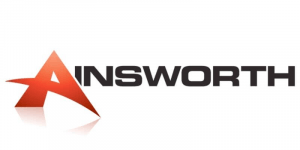 The company was founded in 1995, and took on the name of its founder Len Ainsworth, who also started another software company known as Aristocrat. At that time, their goal was to be the “leading manufacturer and supplier of gaming solutions.” In their earliest years, they were involved only in the production of games for land-based casinos.

Mr. Ainsworth is still chairman of the company, having resigned as CEO in 2016. Ainsworth Game Technology still has a vision to “deliver excellence in global gaming solutions”, according to their official website.

AGT entered the online gaming market in 2013.To allow for wider distribution of their games, they have partnered with other software providers such as Microgaming and Bally Technologies. This has allowed them to have a presence in more than 50 countries worldwide, including some with very strict regulations regarding online gambling.

All of their games are developed in HTML5 format. This allows players to access the games wherever they are and on any desktop computer, laptop, smart phone, or tablet. The smoothness of their games along with high quality graphics makes them highly sought after by a number of gaming enthusiasts. Their app is available for Apple and Android devices alike.

In early 2018, Ainsworth was purchased by another software provider, Novomatic. This was an acquisition that was more than two years in the making. To complete the transaction, Novomatic had to clear several hurdles from the Australian gaming authorities as well as the Nevada Gaming Commission. The transaction included several compliance checks both on Novomatic and AGT. It also required consent from the minority shareholders of Ainsworth.

The purchase allowed Novomatic to have a 52% controlling interest in AGT. The acquisition was seen as a way to increase Novomatic’s share of the U.S. market, particularly since Ainsworth already had permission to operate there. Although they have been purchased by Novomatic, Ainsworth is still a separate entity that develops its own games and operates under its own identity.

Ainsworth boasts more than 35 different slot games in its repertoire. In fact, slot games are all this company offers, either online or in actual casinos. However, those who have played land-based versions and then later tried their online slots claim there is little difference between the two.

Some of the games also come with mystery or progressive jackpots that can increase your winnings. Wild symbols, free spins, and pick ‘em rounds are available as well.A few of their most popular slot games include:

Ainsworth is a great choice if you are looking for slot games that will provide you with the same time of experience you might have when gambling at an actual casino. On the other hand, if you like a variety of games, you will probably find this company a bit lacking. Since they are available in many areas of the world, players with limited access to online games can feel comfortable knowing they are dealing with a reputable software provider. If you are looking for fun slots without a lot of complicated features and are not interested in other choices, AGT could be a great choice for you.