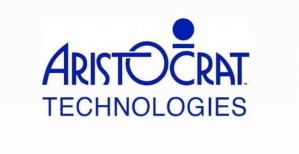 Aristocrat Technologies originally began as a provider for land-based casinos back in 1953. Throughout the 1960s and 1970s, they expanded into various markets in Europe and Australia. However, it wasn’t until 2011 that the company finally ventured into online gaming. The move was so successful that they developed a partnership with NextGen gaming in 2012.

The company later went on to acquire Product Madness in 2013, which allowed them to delve into non-regulated digital games. They quickly received recognition for their efforts, earning a “Casino Product of the Year” award for their Walking Dead slot from the Global Gaming Awards in 2014.

Although they are a well-established company, Aristocrat Technologies does not offer any of their games under their own name. Instead, they have partnerships with a number of other providers such as NYX Gaming and Game Account Network, who list those slots as their own. In all, there are more than 50 online casinos that make Aristocrat software available. In addition, players who wish to find land-based casinos can download the AristoApp to see locations near them.

Licensing is also the responsibility of their official partners. Through their partnerships, Aristocrat Leisure is able to operate in more than 200 jurisdictions covering over 90 countries around the world. A few of them are even licensed to operate in the U.S. For example, through their partnership with Game Account Network (GAN), players in New Jersey, USA can access some of their games. Although some US players can access Aristocrat games, many are prohibited from gambling for real money.

The company is committed to responsible gaming and the security of its players’ sensitive information. Accordingly, they have developed their own internal compliance program. They are also members of the Gaming Technologies Association of Australia, an organization that advocates for the gaming industry in general.

The company primarily creates pokies or online slots. Many of them are exact replicas of the land-based games they offer. A good number of them offer five reels and up to 50 paylines. Some will even include features such as a drag and drop wild that will allow players to move a wild symbol onto any position on the reels. With Reel Power, gamers can purchase reels to increase their odds of winning, and some games even allow people to place extra bets.

Progressive jackpots are common with their pokies as well. Two that are known for their high progressive jackpots include Jackpot Carnival and Cash Express. Their games are also mobile friendly, and optimized for play on iOS, Android, and Windows operating systems. Many have the feel of a classic slot game, but some of their newer choices have a more modern vibe.

Among the most popular slot games offered by Aristocrat include:

Other game categories include:

Aristocrat Technologies has proven themselves willing to evolve with the times in order to bring new gaming opportunities to its players. Thanks to their multiple partnerships, people from many countries are able to play their games. Finding one of their games might be challenging though, as players will first have to find a partner and then perform a more in-depth search for Aristocrat software.

For those wanting a trusted software provider with a wide range of vintage and new games, the extra effort might be worth it.