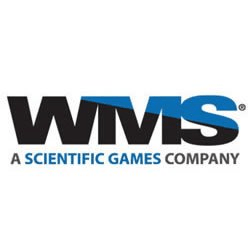 Williams Interactive (WMS) began in 1943 and was first known as Williams Manufacturing. At that time, the company was primarily involved in producing pinball machines for land-based casinos. During the 1970s, they ventured into the video game industry, coming up with arcade games such as Paddle Ball. They made their initial public offering in 1987, at which time they changed their name to WMS Industries.

The company first began offering casino software in 2012. That next year, they were purchased by Scientific Games for a staggering $1.5 billion USD, and became a fully-owned subsidiary. Along with Shuffle Master and Balley, they are now one of the brands that make up SG Digital.

Although they have been purchased by Scientific Games, Williams continues to produce its own titles. At the same time, they have retained many of the original classics they have become so well known for., WMS Industries is still a leader in the online gaming industry, and has maintained the high reputation it has developed after more than 75 years in business.

Since they are based in Nevada, players in some parts of the US can access their mobile casino games as well. This in itself is quite an accomplishment, since American players are generally blocked from most gaming sites.

You’ll find Williams Interactive slots available at online, mobile, and land-based casinos as well as social platforms such as Jackpot Party Social Casino. The land-based games in particular are known for their progressive jackpots, while online versions tend to have only individual jackpots.

New gamblers can earn rewards such as a 100% match bonus and up to 50 free spins. Many of their slot games come with five reels and up to 60 paylines. Some games limit your wager to only five coins per lines, while others will allow you to bet up as many as 200 coins. The RTP for most games is somewhere between 95% and 96%.

When it comes to table games, you can choose from:

WMS Industries has provided versatility throughout its lengthy historyand continues to do so even today. If you are looking for casino games that will provide seamless play on mobile devices, desktop computers, or actual gaming cabinets, you can’t go wrong with Williams Interactive. The company has built themselves a reputation for quality and for providing highly entertaining games that are fun to play. When gambling on different platforms, you will appreciate having so many different options available.